skip to main | skip to sidebar

The Saatchi art scene of Istanbul?


Julie was very excited to have her work accepted as a non-Turkish artist for the Mamut Art Project exhibition which opened tonight. Over 50 artists showed in this space, Antrepo No. 3, adjacent to Istanbul Modern. I arrived a bit early and the art crowd streamed in, not just promptly at 19.00 but early - Mercedes, BMW's, a Land Rover, Bentley, Jaguar and various Audi's and Peugeuts, many chauffeur-driven. 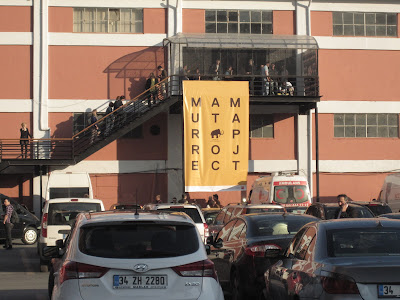 Plenty of towering stilettos on patrons and the artists all in black. 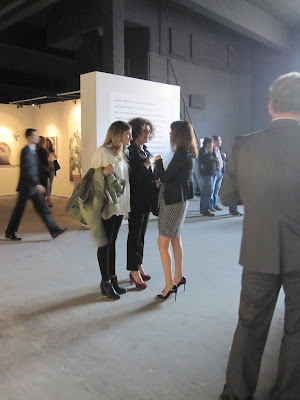 Arriving at Julie's corner space 15 min after the official opening, I found it packed with attendees, just missing the camera crew interviewing one of the show's organizers, and found three works already red-dotted and three others with silver dots. Her labour-intensive three-dimensional photo constructs attracted a lot of attention. 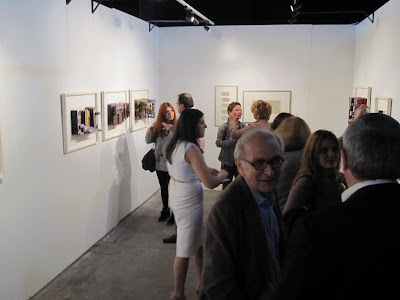 The silver dots from this couple: 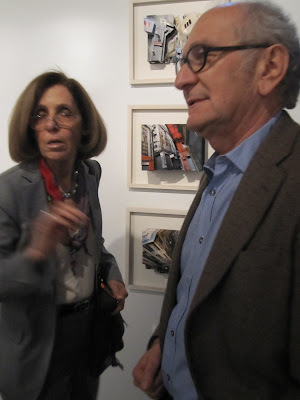 Julie's currency works are just visible behind this animated group: 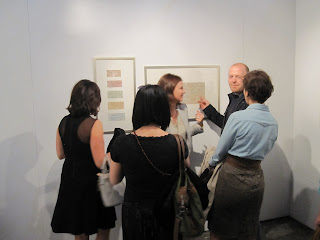 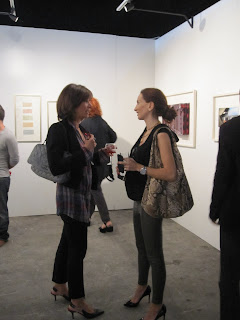 Antrepo No 3 is a large space, well suited for this kind of exhibition, with hip internally LED-lit seating scattered throughout and most welcome situated near the numerous video pieces, say, between 25-30%, of the works on show. 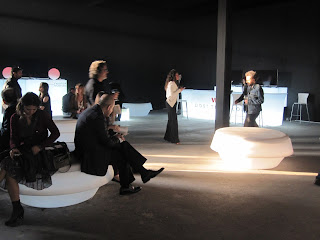 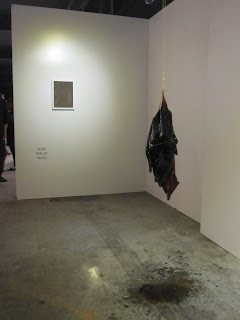 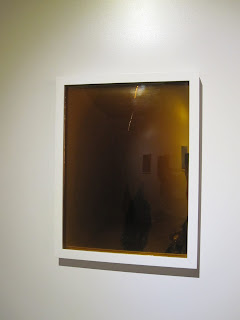 and this book work by Didem Erk, 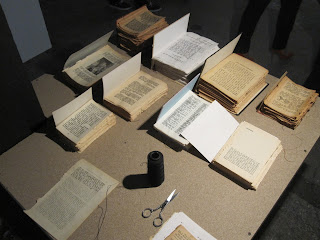 beautifully stitched leaves from 'from ten books that are chosen according their languages, namely Ottoman Turkish, Syriac, Hebrew, Kurdish, Bulgarian, Greek, Georgian, Lazuri, Armenian, and Circassian.' A bit Christian Boltanski with its bare filament bulb, a bit Ann Hamilton, but I like it. 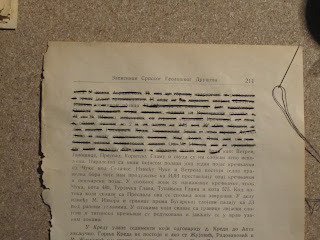 Another red-dotted work by the painter Can Incekara, quiet, silent architectural spaces in cool tonalities (apologies for poor image but camera was totally confused by spotlight): 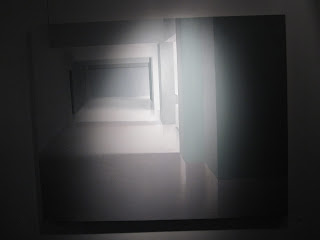 The smokers and drinkers, escaping the heat in the dark exhibition space, lined the stairs on the way out. 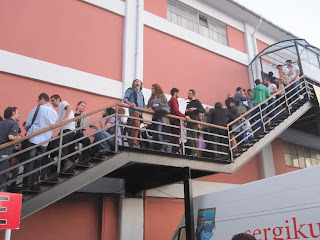 UPDATE: Julie sold 10 of the 11 photo works in her exhibition, more than any of the other artists!
Posted by Joan Edlis at 19:37